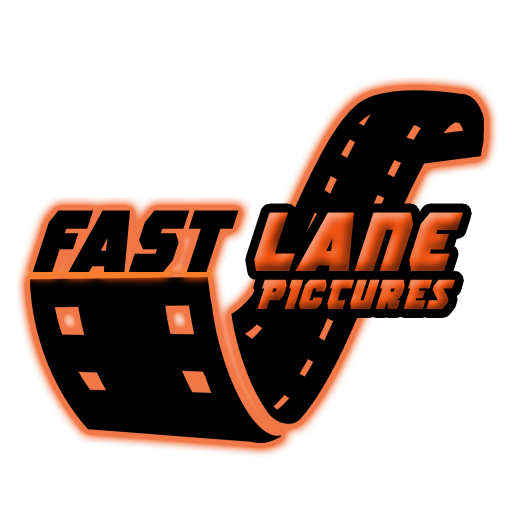 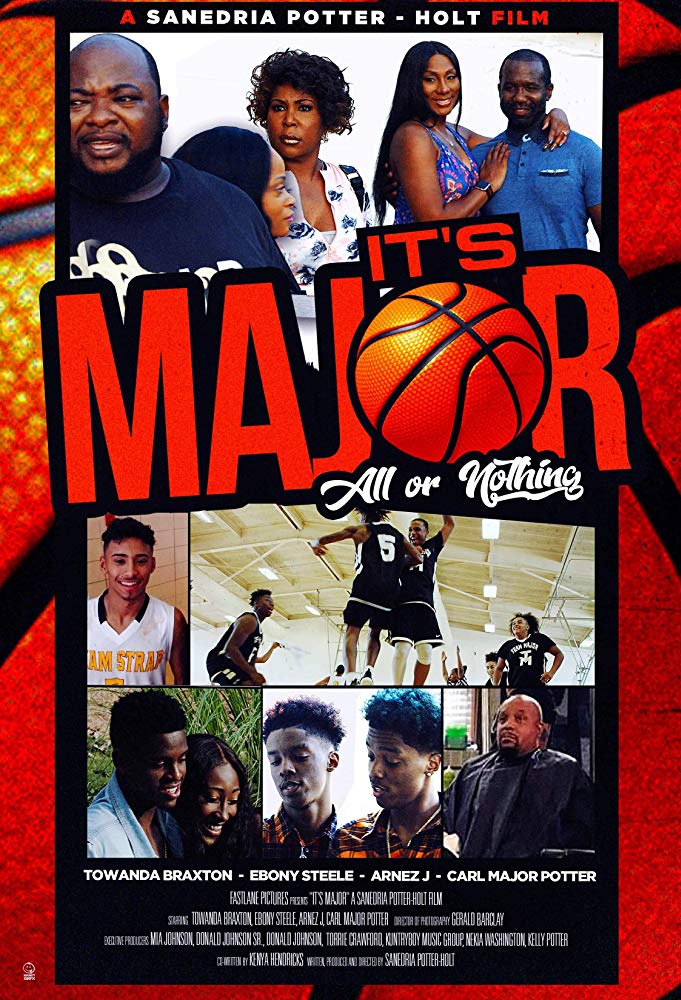 What happens when a small-town basketball coach is tasked with getting his deserving, yet underprivileged team, to a big tournament in Atlanta, Ga? Will he be able to pull it off in time?

Inspired by true events, “It’s Major” is a feel-good, inspirational comedy about Coach Carlos Major (played by Actor Carl Major Potter II), a small-town basketball coach, who is challenged with the task of getting his team of primarily underprivileged boys to a big tournament in Atlanta, Ga. With limited funds and a fast approaching deadline, this Coach will stop at nothing to secure his deserving team’s spot in the tournament. Coach Major is the only hope his team has for getting to the tournament, as he is also the only father figure many of them have. From title pawns to giving blood, Coach Major attempts one hilarious stunt after another. Will he be able to get the funds and will he get them in time? “It’s Major” is guaranteed to make you laugh, cry and root for the underdogs!

About Sanedria Potter-Holt – Writer/Director/Executive Producer Founder and President of FastLane Pictures, a company that develops TV/FILM/STAGE/PRINT projects, Sanedria Potter-Holt is without a doubt one of the most passionate personalities in the entertainment industry.  She attended the NEW YORK FILM ACADEMY at Universal Studios where she studied Filmmaking, Editing and Screenwriting. It’s Major is the latest screenplay Produced and Directed by Sanedria Potter-Holt.

About Jaelen Miller – Producer/Actor
While most kids are making plans for the weekend, you can find 17-year-old Jaelen Miller behind the camera filming content for his YouTube channel “Kixkz Galore”. Jaelen is a sneaker fanatic and was nicknamed “Kixkz” (pronounced Kicks), by his classmates because of his vast shoe collection.  Jaelen also designs athletic apparel and has one of his Hoodies featured in the Family Comedy Film “It’s Major. Jaelen served as Producer on this film, in addition to starring in it. Jaelen is no stranger to the Film Industry as he grew up around Movie and Theatre Productions and has assisted his Mother, Writer/Director Sanedria Potter-Holt, on many projects. Jaelen’s contribution to this film is invaluable and he is able to offer insight and encouragement to kids in his generation.  He brings relatable and current input in many areas of this production.

About Towanda Braxton
Towanda Braxton is a talented singer, actress, community activist and philanthropist. She stars in the wildly popular reality show “Braxton Family Values” on WE TV, which is in its 7 th season.

About Chy The Greatest
Instagram star known for posting her dance and music videos to her account, which has over 1.2 million followers. She became known for utilizing companion apps like musical.ly, Dubsmash, Acapella, and Snapchat for her short videos.

About Glo Twinz
Paris and Pierre Byrdsong are identical twin, Multi-talented, rappers, models and actors.  They are well known for performing as a duo called Glo Twinz. They have released singles such as “It’s My Birthday. They began modeling in 2010 in Ohio and they moved to Jonesboro, Georgia in 2013 to pursue their entertainment careers. They were contestants on Rip the Runway and they signed with Palm Tree Entertainment. They have amassed over 1.4 million followers.

About Julian Newman
Julian Newman is an American basketball player, who has been playing varsity basketball since he was in elementary school. He holds the record for the youngest player to ever reach 1000 career points at the high school level. He began featuring on publications such as People Magazine, and New York Times and this led to him appearing on shows like Good Morning America, Today, Steve Harvey and The Ellen DeGeneres Show.  He has scored more points than any boys’ basketball player in Florida high school history. Julian and his sister Jaden have been labeled the most marketed youth basketball players ever.

About QT Jazz
Jasmine Robinson is better known to the world as QT Jazz, she is a versatile talent who can dance, sing, and act. She has worked with many artists such as Neyo, TI, Kandi Burrus and Lil Wayne.

About Ebony Steele
Ebony Steele, is an immensely talented and successful on-air personality, comedian and business owner. The Birmingham native began her broadcast career at WBHJ-FM (95.7 JAMZ) where she landed her first on-air gig as the co-host of the #1 rated Cox Buckwild. Morning Show. Later during her time as co-host of the nationally-syndicated Rickey Smiley Morning Show, Ebony utilized her comedic agility to write for the show and perform her daily hit stand-up sketches.

About Eric Nolan Grant/O’Jays
Eric Nolan Grant started singing background vocals for Dennis Edwards of The Temptations in 1984. Later in 1995, after a year of singing background vocals for the Father and Son Tour with the Eddie and the late Gerald Levert, Eric auditioned for and nailed the position as the third and youngest member of The Legendary O’Jays. The rest is (as they say) history’!

About ARNEZ J
Arnez J is a Veteran Comedian who has been featured on Def Comedy Jam, Comic View, All Star Comedy Jam, Upload with Shaquille O’Neal and Comedy Central.  He currently has a Comedy Special on Netflix.

About Bradford Haynes
Before becoming a full time actor Bradford Haynes played professional baseball for 7 yrs in the US, Australia and Japan. He has appeared in several National Commercials with companies such as Pepsi, AT&T and Home Depot. Bradford has appeared in numerous TV series and films, working alongside great actors such as Kevin Bacon, Kevin Sizemore, RonReaco Lee and Keith David.

About Kimberly Sanders
Kimberly Sanders, an Atlanta, Ga. native, is a multi-talented Singer, Dancer and Actress. She is a stage veteran, having done various theatrical performances from one woman shows to Step Stewart’s “Soulful Christmas”. 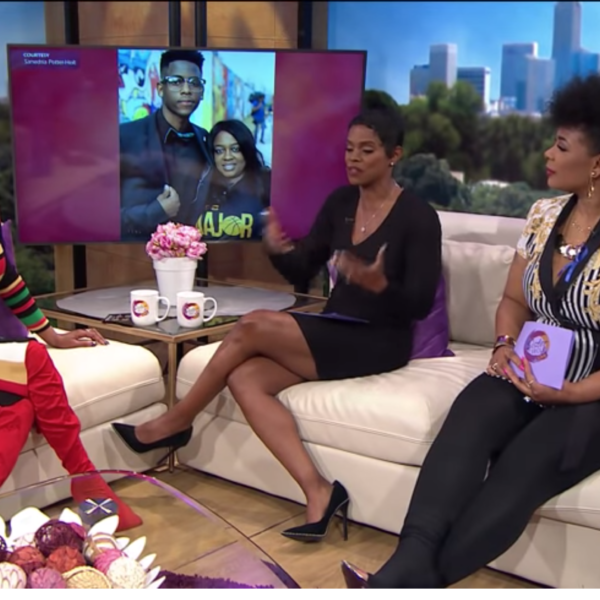 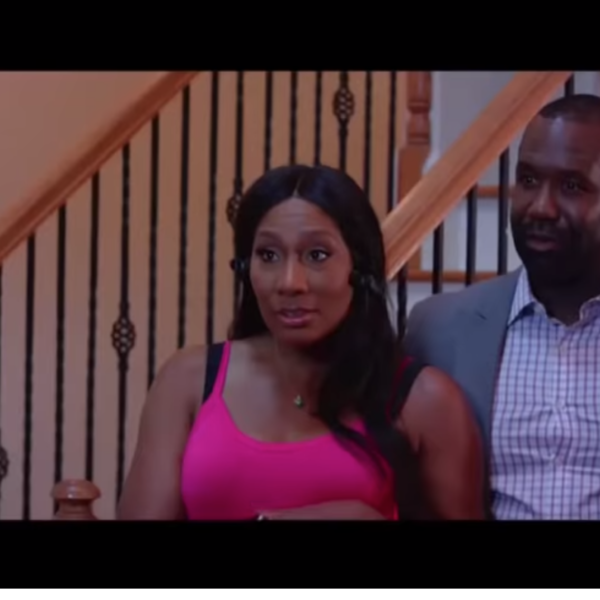